Nurse died because of a Kate Middleton prank

Nurse died because of a Kate Middleton prank

The nurse who was found dead after answering a prank phone call made to Kate Middleton's hospital has been identified as Jacintha Saldanha.

The King Edward VII Hospital, where Saldanha was employed as a nurse, confirmed that Saldanha had worked at the hospital for four years and was a valued employee. She was found dead Friday morning near the hospital in what is speculated to be a suicide.

On Wednesday, Saldanha picked up a phone call made to the hospital by two Australian radio hosts pretending to be Queen Elizabeth and Prince Charles. Falling for the trick, she put the call through to one of the Duchess of Cambridge's nurses, who proceeded to divulge private information about Kate and her pregnancy.

On Friday morning, Saldanha was found unconscious and subsequently pronounced dead. King Edward VII Hospital released a statement later on Friday read by the hospital chief executive, John Lofthouse. "It is with deep sadness as I can confirm the tragic death of a member of our nursing staff, Jacintha Saldanha," he said, adding that she was "an excellent nurse and well-respected and popular with all of her colleagues."

"We can confirm that Jacintha was recently the victim of a hoax call to the hospital. The hospital had been supporting her through this very difficult time. Jacintha was a first-class nurse who cared diligently for hundreds of patients during her time with us. Everyone is shocked by the loss of a much loved and valued colleague. Our thoughts and deepest sympathies are with her family and her friends."
According to the Daily Express' Richard Palmer, St. James Palace also expressed their condolences:

People killing, people dying.
Children hurtin', hear them crying... Can you practice what you preach.. Or would you turn the other cheek... Father father father father Send some guidance from above ...

Where is the love?
Waterloo 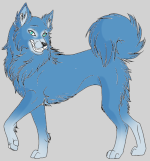 Re: Nurse died because of a Kate Middleton prank

Really, people working in the media should be a lot more responsible... That poor woman.
Also, Royal or not, someone's medical information is their own personal concern -- Those DJ's had absolutely no right intrude.
Current date/time is Thu Jun 04, 2020 3:16 pm